Being an entrepreneur is truly a liberating career path to embark on: you get to choose your business, your offering, your branding, messaging, operations, and even location.

While all of those things take a lot of research, planning, and work in general, location may be the most important aspect to get right—after all, setting up shop in the wrong city (and then having to move) would be pricey and a total waste of time and opportunity.

Perhaps you’re currently a business owner and recently had the realization that you’re in the wrong place for what you’re trying to accomplish, or maybe you’re about to start a business, but you’re not sure how to find the right place and start there on the right foot.

Either way, you’re in the right place.

Today, I’m going to give you an overview of each of the top 10 cities for entrepreneurship in the US (based on a report from business.org), what their small business scene is like, and a list of resources that you can utilize in each city to ensure the best success for your business.

After reading this article, you should be able to confidently determine which city you and your business “belong” in and ensure that you make a smart move—and not a risky one.

The good news is that the startup scene is flourishing all across the US; you don’t have to pay Silicon Valley rent prices to have a fighting chance (though it’s up there on the list nonetheless). Did you know that there are over 550,000 new startups popping up every month?

There are reasons for this, and more Americans each year are taking the entrepreneurship route because of them. Unlike in the past, today’s entrepreneurs find it easier to build partnerships and find trusted advisers, they have lower taxes and relative ease of establishing a business, investment communities are incredibly popular and accessible, and they have access to a vast domestic market here at home.

(No wonder everyone seems to be quitting their day jobs for this life...)

If you’re not looking for location-specific resources to help your business, here are some of the best that are available across the nation:

If you’re here to determine where to establish or move your business to, let’s dive in.

The results are in, and the best cities in the US for entrepreneurship are:

Surprised? Confused? Some of these took us off guard, too.

But wait—the data points to all 10 of these cities as being a viable and healthy environment for startups and small businesses the thrive in, so it’s important to look beyond the surface to understand why these made the cut.

We’ll be breaking down these criteria in our overview of each: 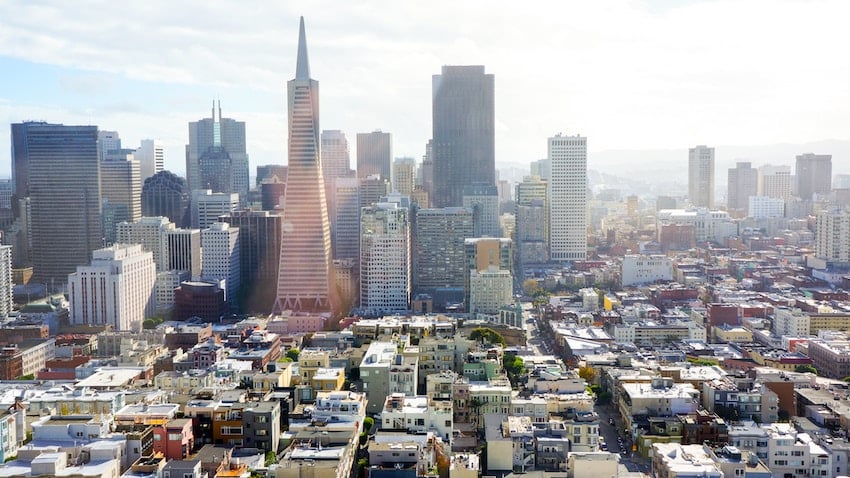 Fun fact: SF is now a minority-majority city—less than half of the population is white. Moreover, less than half of the city’s residents are native-born Californians, and over a third were born outside of the US. It’s also home to the largest percentage of gay and lesbian people in the US at 15.4%.

Known for: its hills (with more than 50 hills in the city limits), its cable cars and eclectic architecture, and its tourist attractions, including Alcatraz, the Golden Gate Bridge, Fisherman’s Wharf, and Chinatown 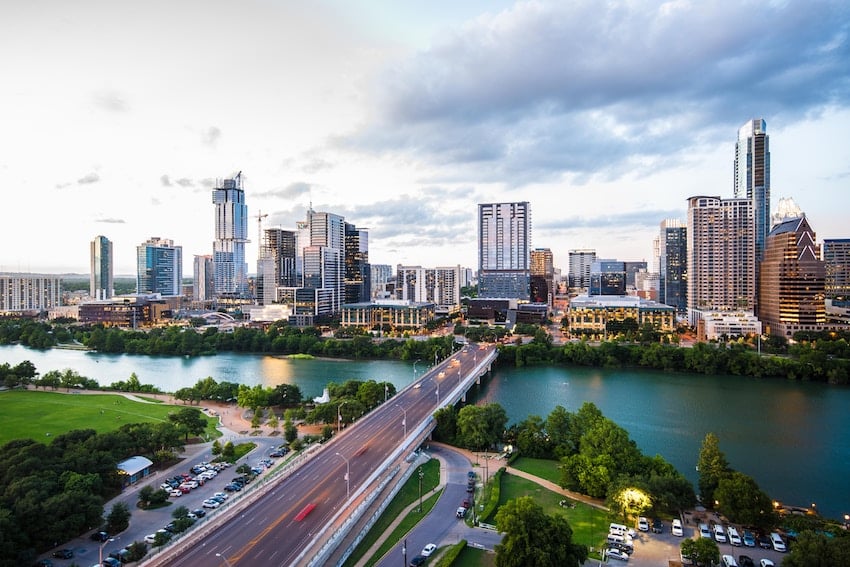 Fun fact: The area has been inhabited since around 9200BC—more than 11,000 years. After it had become the territory of Texas, the city was initially named Waterloo but was quickly changed to honor the “Father of Texas,” Stephen Austin.

Known for: being the “Live Music Capital of the World,” its rolling green hills, being a “clean-air city” thanks to strict no-smoking laws for public places, the home of the South by Southwest festival, and for being the capital of Texas

Rated: best place in America to start a business 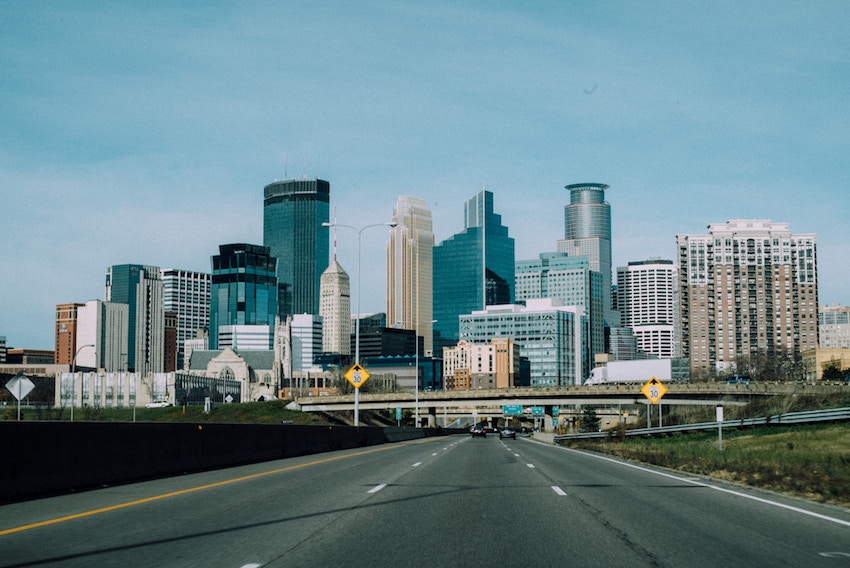 Fun fact: the name is attributed to the first schoolteacher in the city, who combined “mini” (Dakota word for water) and “polis” (Greek word for city) to create “water city,” which makes sense since Minneapolis has 13 lakes, wetlands, the Mississippi River, and tons of creeks.

Rated: the healthiest city in the US and the best metropolitan area for retention of its professional workforce 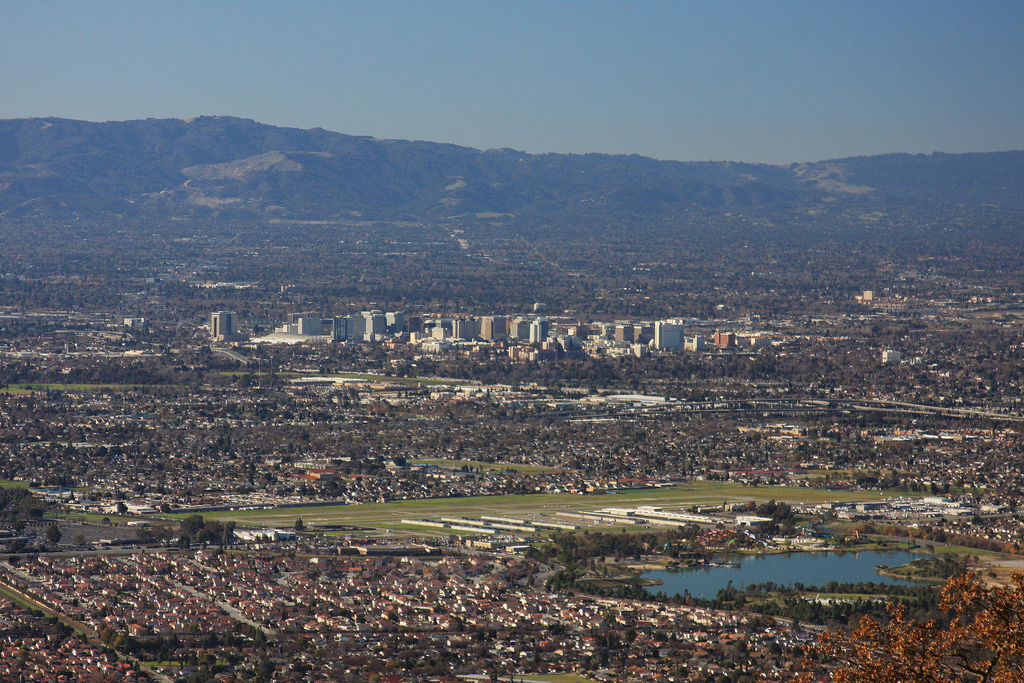 Fun fact: It’s a very religious city, with 44% of the population having some sort of religious affiliation, most commonly Roman Catholic (26%). Along that line, seven times more people in San Jose practice an Eastern religion than the national average.

Known for: being the capital of Silicon Valley and California’s oldest settlement

Rated: 5th in the country for education 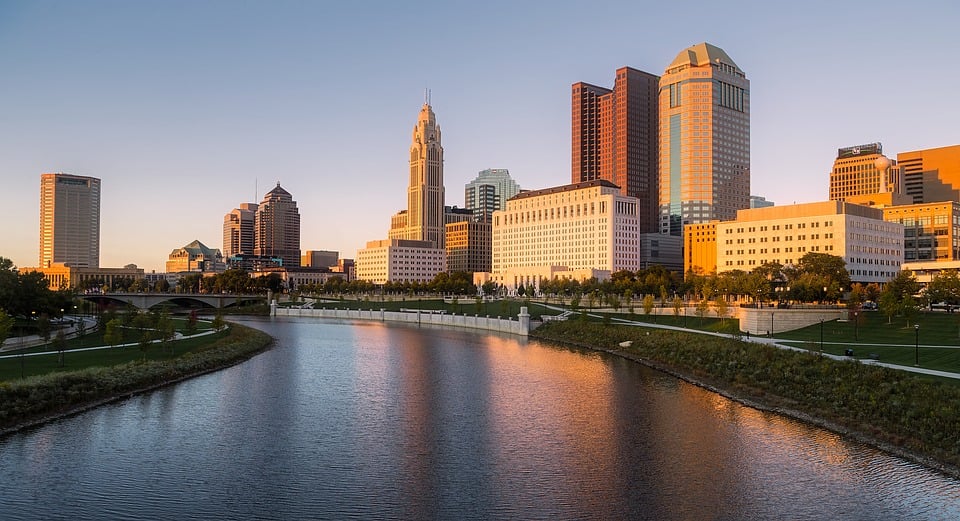 Fun fact: The creation of the city of Columbus, Ohio was entirely based on the need to create a state capital in 1812; it didn’t exist at all before then.

Known for: being the “Buggy Capital of the World” with over 2 dozen buggy factories, and an incubator for fast food companies like Wendy’s and White Castle.

Rated: 2nd safest city for families with young children, one of the 7 smartest cities in the world, and 3rd best city of the future 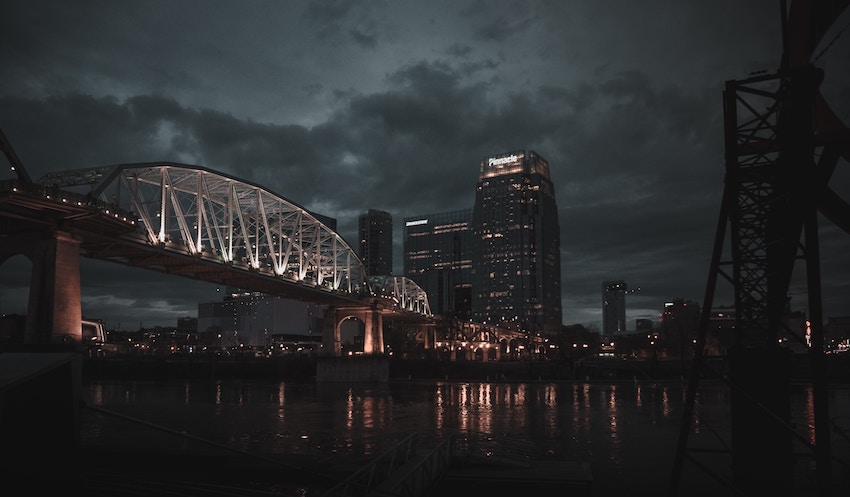 Fun fact: Nashville is home to the largest Kurdish community in the country; also, the city’s new residents are mostly immigrants and young people.

Known for: its music industries, nicknamed “Music City” and the “Country Music Capital of the World.” It’s a popular destination for immigrants due to a good job market and low cost of living (for a city); the non-citizen population of the city tripled in the 90’s.

Rated: 3rd in the country for number of small businesses, 9th in job growth Fun fact: the bridge connecting Seattle and Medina across Lake Washington (The Governor Albert D. Rosellini Bridge at Evergreen Point) is the world’s longest floating bridge—and was built back in 1950. Seattle is also home to the world’s first gas station, which opened in 1907.

Known for: being the largest city in the PNW—more than half of the state’s population is in the Seattle metro area; also, the area was inhabited by Native Americans for 4,000 years before the first European settlements in 1792; finally, it’s home to some major tech companies, including Nintendo of America and Amazon.

Small biz scene: 555,285 small businesses in the state of Washington 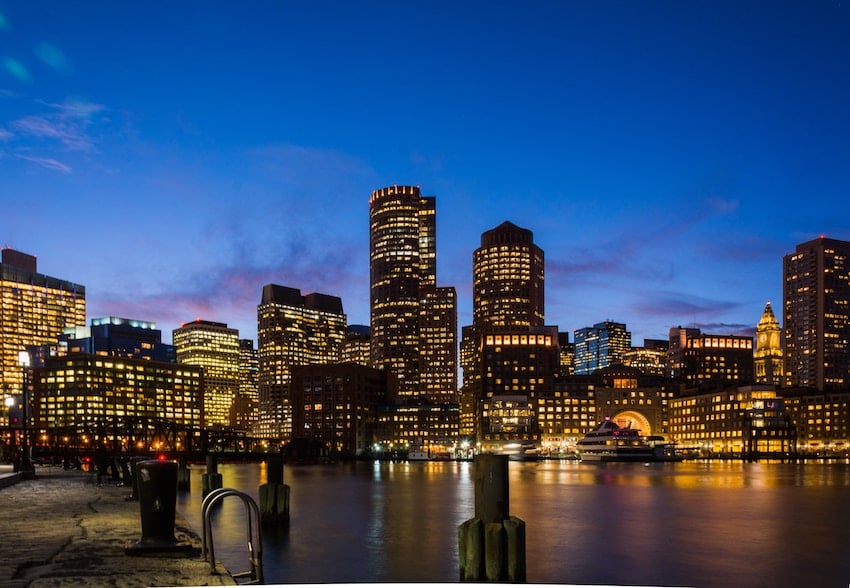 Fun fact: Boston’s population fluctuates between day and nighttime by about 0.8M due to having a massive amount of commuters and touristy events. It’s also home to the oldest public park (Boston Common) and the first public beach (Revere Beach) in the US.

Known for: being the largest city in New England; it’s also one of the oldest cities in the country, founded in 1630. It’s famed for being an international center for medicine and higher learning, and it’s the fastest-growing state in the Northeast.

Rated: 3rd best city for public transit, 5th best for views, 8th best city in the world in terms of quality of life 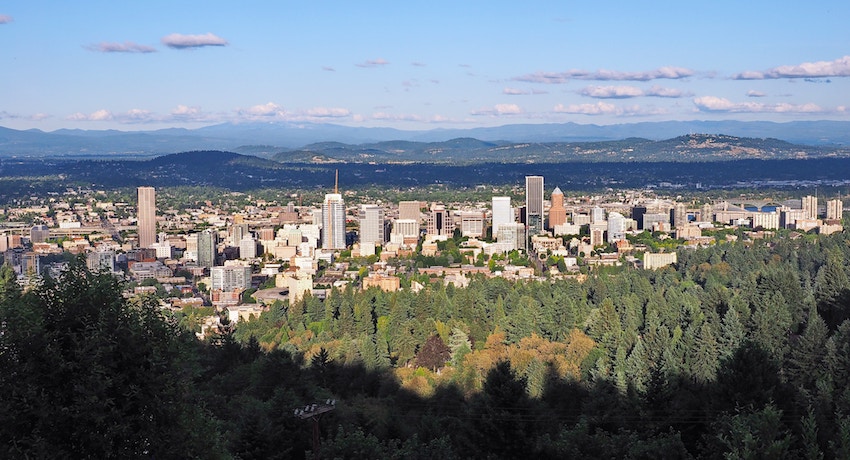 Fun fact: William Overton discovered Portland but didn’t have the funds for a land claim, so he made a deal with his partner, Asa Lovejoy, and the city of Boston for $0.25 to share the claim of the 640 acres. In other words, Oregon was founded on a single quarter! The name of the city was decided by a coin toss—it was between Groton, MA and Portland, ME, the hometowns of the two founders.

Known for: its hipster and environmentally-friendly culture, craft beer and coffee, having the highest number of strip clubs per capita in the US, and being home to the most ghost towns out of any state in the US.

Fun fact: it was initially established as Montana City in 1858, but the first settlement was abandoned by 1859 in favor of Auraria. The city was named in hopes of impressing Kansas Territorial Governor James W. Denver, but he had already resigned by then, so it was for nothing.

Known for: its proximity to the Rocky mountains; its craft beer, cannabis, and small business scene; and for being a rapidly-growing cowtown-turned-city

Rated: the best place for businesses and careers

Now you should have a good sense of where you and your business belong, and if you're not quite there, you now have a long list of resources that will help you find the answers you need to make a smart move.

If you end up in Denver (which we think should have been #1, but that’s a debate for another time), come say hello—we love connecting with other businesses and entrepreneurs!

If you’re ramping up to make a big announcement out of your business’s move or expansion, get in touch and we can help you with your marketing campaign needs.

So there you have it; those are the places in the US that are practically made for entrepreneurs.

Did I miss any resources? Do you have anything to add as a local of one of these cities? Comment below! 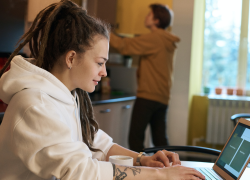 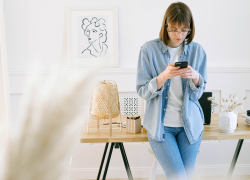