Inside-Out Innovation: The Importance of Intrapreneurs

We’re no longer living in the old age of business. Then, the plan was to know, then do.

Now, in the new business era that we are living in, a pivotal step has been added: know, then make, then do.

This is where the designers shine: they question everything, seek new and outside-of-the-box approaches, and stubbornly refuse to take the easy route. As Herbert Simon once said, “a designer is anyone who devises ways to change an existing situation into an improved one.”

Sound too good to be true? Fortunately, it’s not: welcome to the concept of intrapreneurship.

The term was brought to life by Gifford Pinchot III in 1978, who defines intrapreneurs as “dreamers who do. Those who take hands-on responsibility for creating innovation of any kind, within a business.”

Whichever way you want to define the term, it all boils down to the characteristics that make a person a designer, and ultimately, an intrapreneur.

Traits of an Intrapreneur

Intrapreneurs have a designer mindset: they’re the inventors, creators, and dreamers of a company. These are the trailblazers who innovate or create meaningful change within a company without being asked to do so. They take initiative and are bold, which is exactly why intrapreneurs tend to be natural leaders.

Intrapreneurs have a designer mindset: they’re the inventors, creators, and dreamers of a company.

The most differentiating characteristic, however, is that intrapreneurs simply think and act differently from the average person. They see things from a fresh perspective and bring up suggestions for improvement as a result.

To sum up, intrapreneurs are a valuable asset to your company.

Because the term is a sort of spin-off of the longstanding word “entrepreneur,” it’s important to recognize the key differences between the two similar, yet vastly different, kinds of innovators.

Key Differences Between Intrapreneurs and Entrepreneurs

Whatever endeavor they pursue, entrepreneurs carry 100% of the risk of their ideas. If they fail, they can lose it all, just like that.

Meanwhile, intrapreneurs share the risk with the entire company as they are innovating on behalf of the company. If they fail, they may get in a little trouble with their boss, but they get to keep their job at the end of the day.

Entrepreneurs are completely independent and usually start out on their own, so if the business idea falls flat, they have themselves to blame. They also tend to start out with less access to resources and capital, which heightens their challenge from the get-go.

Intrapreneurs, on the other hand, have their company to lean on for support, resources, and capital, which allows room for creativity to flow - not just stress.

The main goal of an entrepreneur is to start a new business, be it a disruptive innovation or a unique approach to an existing product or service.

Alternatively, intrapreneurs’ goal is to create new ideas within the existing business in order to keep it growing and moving forward.

If you aren’t already sold on the idea that intrapreneurs are truly the “business world’s secret weapon,” maybe acknowledging these benefits will help.

Advantages of Having Intrapreneurs on Board

These are the people who can help paint a vivid picture of the future, shape the company’s vision - a responsibility that has traditionally been carried solely on the shoulders of the CEO. Remember how intrapreneurs tend to have a totally different perspective than most? This becomes quite handy when peering beyond the horizon of where the company should strive to go.

Intrapreneurs also assist in closing the gap between the ideal and reality. Let’s be honest: sometimes, it’s easier to keep our heads in the clouds and dream about what the business should be, but intrapreneurs help ground us in reality, then attempt to bridge the two with realistic and attainable steps.

Intrapreneurs assist in closing the gap between the ideal and reality.

Intrapreneurs are innovative - duh. But beyond just being aptly labeled with that buzzword, they truly help fuel growth from the inside-out by deriving new ideas from unexpected places.

They also keep the company from becoming stagnant by positively challenging leadership and the existing limits of the business’ potential. A welcome result of this benefit is boosting long-term financial growth within the business. Who wouldn’t want that?

Finally, a huge benefit that intrapreneurs bring with them is the gift of engagement: they can set an example for the rest of the team and empower employees to help shape or improve the company. They catalyze breaking the stereotype where employees think in terms of what they’re allowed to do, so that they can start thinking of ways in which they could personally shine while helping the company stand out. When employees have a challenging role or meaningful purpose in the company, you, as a business owner, save money from the increase in productivity and dedication, all thanks to intrapreneurs leading the way.

There are so many wonderful and positive consequences of letting those intrapreneurs on your team shine through, but it’s not quite for everyone. Let’s run through some things to consider.

Most importantly, letting intrapreneurs spread their wings means accepting the level of risk that comes with that decision. If you trust a lower-level employee with a bold idea...and it falls flat on its face, you are forced to assume some level of responsibility. A total failure can reflect poorly on your company; conversely, a total win can benefit it tenfold. It’s all about knowing the risk and weighing the options - just be aware of what you may be getting into.

A total failure can reflect poorly on your company; conversely, a total win can benefit it tenfold.

In an established, rigid, hierarchical company, it may be hard to fit in an intrapreneur without resistance from the C-suite. Top management may react with an “if it ain’t broke, don’t fix it” attitude, or doubt the competence of lower-level employees’ innovations because of their rank and authority. As Seth Godin aptly sums up, “companies don’t fail because they choose the wrong course, they fail because they can’t imagine a better one.” Sometimes, being stubborn and unimaginative can get a company stuck in a rut, but it can be difficult for large companies to see things from any other perspective.

However, if the big dogs in the company reject a big idea, it may even drive the intrapreneur to leave the company and take her idea with her. This would take away from the company’s profits, claim to the innovation, and likely cause a whole slew of other consequences that could have been avoided had the idea been welcomed.

If the company does embrace the intrapreneurs’ ideas, however, there may still be a downside: something too radical or risky can scare off big shareholders or potential investors and cause your business to miss out on funding. New ideas are great, but they come at a high price.

You may have noticed that there are more positive than negative consequences of having intrapreneurs on your team. This is because more and more businesses are recognizing the value and are benefiting from internal innovation every day. The old age of business has come to a close for a reason, and now it’s time to adapt and break the confines of what your business can achieve to expand into the realm of what your business dreams to achieve. 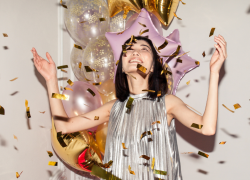