Recently, I sat down with Ascend's CEO and Co-Founder Chad Coleman to get his expert take on everything about rebranding.

Watch or read the interview (below the video) to learn everything you need to know in order to do a successful rebrand with your own company.

What is your definition of rebranding?

I see rebranding as more holistic than a lot of people; you can really change your brand pretty dramatically without even changing something like your brand name. Companies evolve over time: they have to adjust to change, such as with generations or demographics. But largely, I think it’s based on the customers—if you’re going after a new demographic, that, a lot of the times, will fuel the rebranding process. In short, rebranding could be a lot of things, but what it’s not is just a logo redesign.

Rebranding could be a lot of things, but what it’s not is just a logo redesign. #marketingtips #rebranding

How difficult is it to rebrand?

Rebranding can be very difficult; it requires a company-wide effort. Every team and really every employee, at some point, is going to be affected or involved in the process. It’s not an endeavor to enter into lightly.

What is the hardest part of rebranding?

I would say the hardest part of doing a rebrand is implementing it across all of the different departments of a company. If you think about a business that involves shipping or trucking, those businesses, like others, have literally thousands of pieces of brand collateral out there in the world. Implementing a new brand across of those departments and materials is quite the undertaking.

What is the easiest part of rebranding?

There really is no easy part to rebranding. Oftentimes, I think the easiest part of doing a rebrand is actually making the decision to rebrand, although that decision shouldn’t be taken lightly. It is a very difficult process, very involved. Certainly, the larger the company, the more involved; the smaller the company, the easier it is to streamline. If you’re going to do a rebrand, it’s best to do it early on in your company’s history.

What are the most important questions to ask when you’re doing a rebrand?

The question that founders & executives want to ask themselves when considering a rebrand is:

The big questions, though, are:

Really think through those reasons why you want to rebrand—make sure that there’s a solid business goal or solid reason involving your customers. Do the research, perhaps even do some preliminary focus groups or some testing of some different items. Make sure your customers get it, and if you can, involve them in the process in some way. Ultimately, the goal of a rebrand might be to reach a whole new demographic, but how much of your current customer base are you willing to give up? If it’s nothing, then tread lightly—if you really don’t want to lose anyone, make sure you have them involved in the process in some way or another.

What are common reasons for rebranding?

There could be a lot of reasons to rebrand. Typically, it’s because you want to seek a new demographic, or you’re trying to reach a new audience; or your core audience has really changed and you’re trying to adjust to that change in the marketplace. A really great reason for companies to rebrand is because the problem the business solves may have actually evolved and changed over time. A lot of companies start out solving one particular problem, and they get very successful doing that. Then, they evolve as a company: they offer more services, and what happens is that the initial services or products that they provided are no longer relevant, so rebranding is a great opportunity to speak to the current state of the business and the current problem that the business solves.

I’d say the most common reasons for corporations to rebrand vary greatly, but I think, generally, the number one reason is that there’s an internal sense of a need for change. That can be driven by a lot of different factors—it can be driven by evolving services, solutions, and products that the company provides; it can be driven by the founders’ and executives’ own desire to see something new (though that’s probably the most dangerous reason to rebrand).

Another reason to rebrand is that you see an opportunity or change in the demographics of your audience, and you need to address that—for whatever reason, your previous brand was not connecting with a particular audience. I’d say that’s probably the best reason to rebrand because you want to forge a deeper connection with a new audience that’s evolved from a different or older audience than you had previously.

What resources are necessary for a successful rebrand?

Rebranding is an extensive process, so there are a lot of resources involved. I think it’s a great opportunity for businesses to seek out an agency, and the reason for that is because agencies have the ability to provide a level of objectivity that is really difficult to get within the circle of internal brand stakeholders. Executives are so hyper-aware and knowledgeable about their own brand that it can sort of cloud their judgment—or at least their understanding of what the customers’ perception is. Agencies really provide a lot of objectivity, so I’d say they’re a huge resource for the rebranding process. But it’s really going to be a company-wide effort: you’re going to have to get the leaders and employees involved from every department in your company.

Do you have any favorite rebranding success stories?

I really think that one of the most interesting success stories is a great Colorado brand, Celestial Seasonings Teas. When they first began their company with their humble roots up in Boulder, Colorado, they were going through the mountains, gathering herbs for creating—what they called at the time—“herbal infusions.” They were kind of fledgling, and they were trying to sell herbal infusions to people, but what they came to realize was that people didn’t understand what an herbal infusion was. Somebody at the company had the idea of rebranding herbal infusions to herbal tea. Now, tea is a plant—it’s a particular plant, and that’s really all tea is, but by rebranding the idea of herbal tea, in the consumers’ minds, they were able to crystalize that these are what these herbal infusions, as they called them before, are actually for. As soon as they did that and made the idea come to life in the customers’ minds, their sales began to climb and they really had unparalleled success for many years and are still, to this day, industry leaders in the herbal tea market...which they sort of created.

How about failure stories?

Yeah, we mentioned earlier that rebranding can be a little bit dangerous: there’s a potential to annoy your loyal customer base that you have worked so hard to build up. A famous example of a rebrand gone awry would be Tropicana: they changed their entire packaging and their logo somewhere around 2009. The crazy thing is that the packaging that whomever worked with them created was absolutely beautiful—it was a modern design; it looked wonderful. So, the company that they worked with created a beautiful new packaging design and an enhanced version of their logo, but when it was released to consumers, sales dropped by 20%. The company was forced to completely reverse the rebrand after only 3 weeks. That’s a huge failure—first of all, they lost 20% of their sales, annoyed their current customer base, and then had to just do a 180°. I would say that’s probably the most famous rebranding failure.

Do you have any pro tips for rebranding—things that people don’t tend to consider or tend to forget about?

The advice that I would give is to really think through the reasons that you want to rebrand, and also think through the process—ask yourself: "how are we going to implement this across different departments?” “What is the hierarchy?” We think of rebranding as something the marketing department is doing, but you really have to think about it as something the whole company is doing. That could mean everything from new trucks with new graphics on them to new uniforms for employees, to a whole new brand story on your website, to an advertising campaign.

There are a lot of things involved, and it really centers around what your goals are for the rebrand. If you’re seeking to reach a new audience, then you’re obviously going to have some campaign tied to your rebrand so that you can test and see whether or not this rebrand actually worked, or is successful, or is serving the goal that you set out to accomplish. Another important tip when considering a rebrand is to bring in outside perspectives. Work with an agency, or even multiple agencies—perhaps find some way to audition them with a miniature version of the project. It’s important to work with an agency where there’s a deep sense of trust.

It’s important to work with an agency where there’s a deep sense of trust.

This rebrand could really shape the entire trajectory of your company, so make sure that you have solid reasons, solid goals, and a real sense of purpose behind the reason for your rebrand.

While rebranding isn’t the easiest process to undergo, it can really be the difference between explosive growth and missing the mark entirely.

The process can roughly be broken down into 6 steps:

Of course, these steps vary per brand, but the most important element that you cannot leave out is to make sure that the rebrand was a success by inspecting the post-rebrand sales, customer base increase, brand awareness, and other measures of success.

If your rebrand is a flop like Tropicana’s, it’s better to catch it early on rather than allowing your brand to take a hit.

If you want to talk to our in-house branding expert, Chad, about rebranding your business, give us a call or shoot us an email.

That way, the conversation can be more catered to your brand’s unique needs and will go beyond the general overview that this article provides.

Thanks for tuning in! 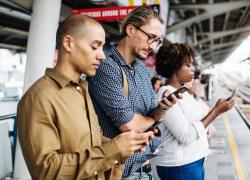 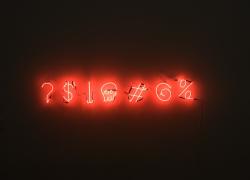